Compared to other martial arts branches, Brazilian Jiu Jitsu, or BJJ, takes a much longer time to get to the top or achieve the highest belt. Once someone learning BJJ gets to the black belt, they actually are qualified to teach BJJ and can be considered as a professor. The BJJ Blue Belt requirements are more complex than other branches, so it might be more difficult to just lay out a specific timeline of when you would go from one belt to another.

If you’re in a Jiu Jitsu school, they might have certain rules and specific BJJ belt requirements for you to achieve the next belt, however throughout schools, the Jiu Jitsu belts order are the same, based on color.

If you’re new to BJJ and what to know the jiu jitsu belt colors and meaning, I hope that this guide can help take you from belt to belt in the Gracie belt system.

Throughout the years before receiving your black belt, you’ll go through a BJJ belt progression timeline that takes you through the Brazilian jiu jitsu belts system, step by step, belt by belt.

With every belt change, there will be promotion ceremonies, which may differ from school to school. They are true test of your knowledge and dedication to the martial arts, so it’s a true sign of respect and reward when you get the next belt.

If you are wondering “how long does it take to get a blue belt in BJJ?” you’ve come to the right place. With this article, I’ll give you an inside look to the bjj belt system explained, from its history to the adult system to the kids jiu jitsu belts ranking.

When you’re first starting out, you should already be aware that a new belt in BJJ doesn’t come so regularly or often, regardless of your prior expectations. BJJ belts are also different from other belts because they come with accompanying stripes that show the levels or plateaus within the belt. It is one of the strictest martial arts branch for students to get promoted to the next level bench. Just to get an idea, it can take up to a decade to get to a black belt status.

The belt ranking and order is different when comparing kids and adults.

Children begin their rankings with a white belt and then go from this first belt to gray, yellow, orange, and then green. Once they get to green and want to continue as an “adult”, they head right into the adult’s second belt—the blue belt and skip over the adult’s white belt.

For adults, you begin with white if you are just starting out. From there, you move on to blue, then purple, then brown—where you are then qualified to be able to teach Brazilian Jiu Jitsu. From there, if you have the desire and persistency to move forward, you can finally reach the black belt. Although you might think it ends there, you’re wrong. There are actually coral belts, which stand for fighters of the highest honor and come in red and black—red being the highest.

One of the first things you should learn is how to tie your BJJ belt. During class, it is most certainly going to get loose while you’re fighting and rolling around, grappling. Especially if you are working with children or are a parent to a kid training in BJJ, learning how to tie the BJJ knot is one of the most important and most responsible things to learn.

Here is a video that can help show you some popular knots to use to tie your BJJ belt:

Receiving the next belt in your training doesn’t strictly depend on your attendance, your abilities or the time you’ve been training for. It depends on various factors, some changing from school to school or coach to coach. It can be factored by competence, performance or simply by tournament rankings.

However, there definitely is a large impact that gives a connection from a student’s ability to their belt ranking. Two of the factors that impact “ability” when it comes to ranking a student or promoting a student are also simply physicality and athleticism that literally might push someone from one ranking to the next because of competition.

However, when you’re training BJJ, it’s important to never focus too much on achieving the next belt or winning competitions. If you put too much concentration on simply getting to the next belt, you won’t enjoy the process, which might be a huge contributing factor to why you started training BJJ in the first place. 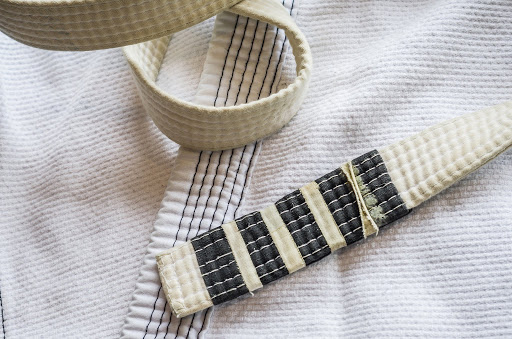 With your white belt you should be able to:

With your white belt you should be able to:

Know the names of the basic positions and be familiar with how to do them.
Begin to learn how to control your ego, be humble, and know that, especially since you’re just starting out, you’ll get beat more times than you’ll win. This might be a hard concept to grasp, especially if you come from an athletic—especially a successful—background.
Condition your body to BJJ, not only with fitness but how it moves and how it feels to be go through the movements. Especially since BJJ contains a lot of grappling on the ground, you’ll have to get used to being on the ground. 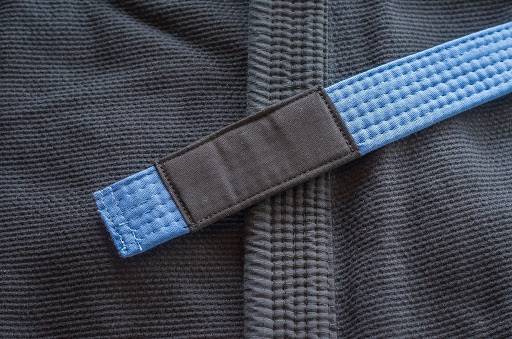 With your blue belt you should be able to:

As I mentioned before, you should be able to escape being an escape artist. Therefore with the blue belt, you should have two solid escapes that work against the Mount, Back Mount and Side Mount.

Demonstrate that you have mastered three different techniques for passing the guard. If you can, you should have one for the open, closed or half open guards.
Get into competitions, if that’s your goal. If you are just doing BJJ for fun or to get into shape, you can bypass this requirement.

With your blue belt you should be able to:

As I mentioned before, you should be able to escape being an escape artist. Therefore with the blue belt, you should have two solid escapes that work against the Mount, Back Mount and Side Mount.

Demonstrate that you have mastered three different techniques for passing the guard. If you can, you should have one for the open, closed or half open guards.

Get into competitions, if that’s your goal. If you are just doing BJJ for fun or to get into shape, you can bypass this requirement.

Purple Belt: “Jack of All Trades”

With your purple belt you should be able to:

With your brown belt you should be able to:

Teach other students that aren’t as knowledgeable as you
Dominate on top, distributing your weight evenly and effectively in these positions.
Throw sequenced combinations together that have three phases: attack, defense counter, defense counter. 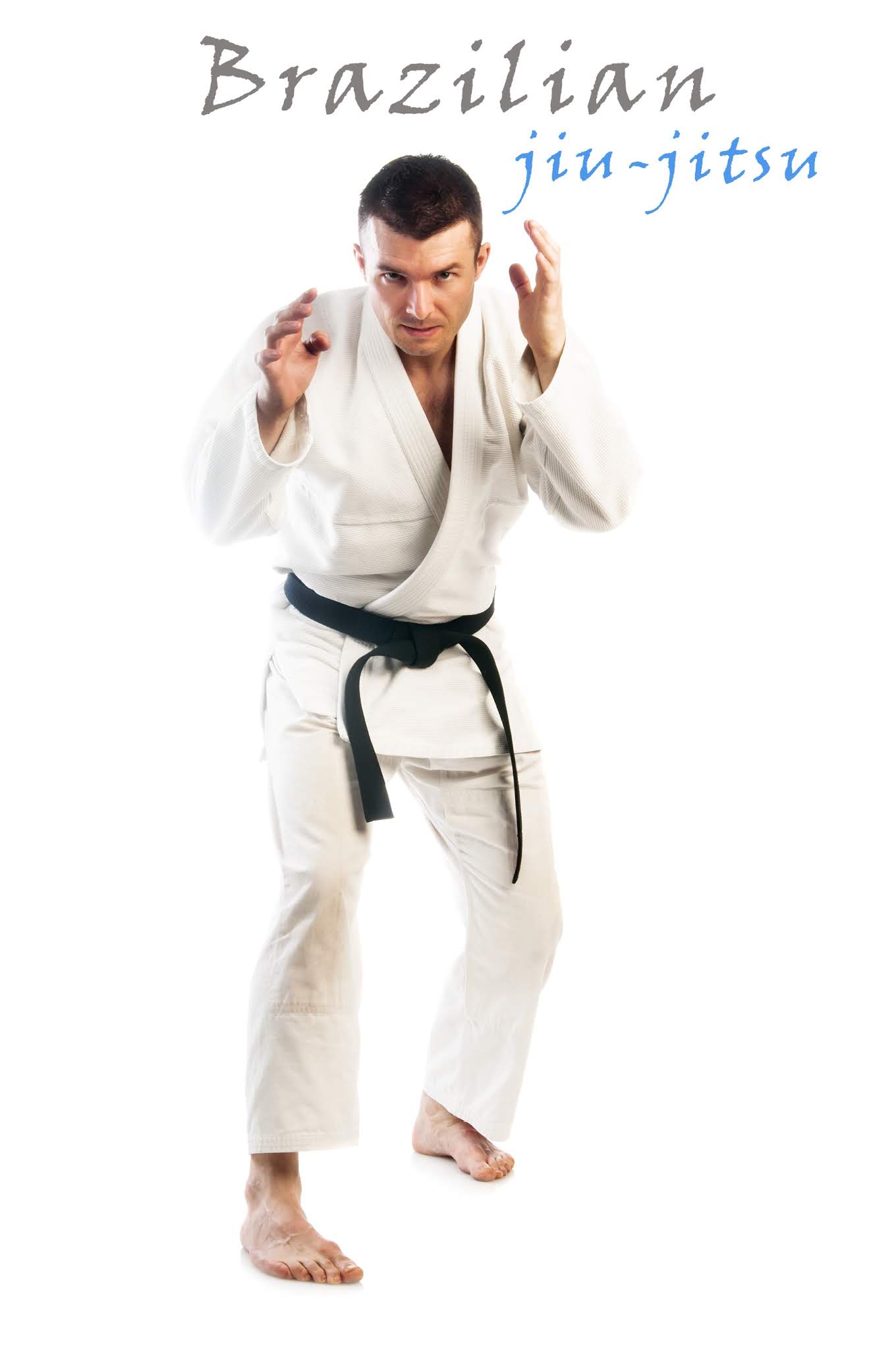 With your black belt you should be able to:

Have a good grasp on your personality, ego, and understanding of life, always desiring to learn and grow.
Since you have gone through the ringer with BJJ, you probably should consider at this point to take on a different martial art so that you are capable, no matter what the circumstance.
Be fully aware of your body and all of its attributes and features, having complete control of yourself mentally and physically.

Most of you out there won’t make it to the Jiu Jitsu red belt in your lifetime. This is the highest ranking belt and to earn it, you’ll have to have been practicing in the black belt for thirty years. It is simply reserved for BJJ practitioners who have had an influence on the martial arts branch and are widely known for it.

Officially speaking, once you reach the black belt of the 8th degrees, you’ll receive your ninth degree will get your coral red/black to coral red/white. This is the highest possible ranking you can reach: the red belt in the 9th degree.

There are only a few practitioners who have had the prestigious honor of being given the tenth degree red belt before it was retired. They are considered the pioneers of Brazilian Jiu-Jitsu: the Gracie brothers: Carlos, Oswaldo, George, Gaston, and Helio. 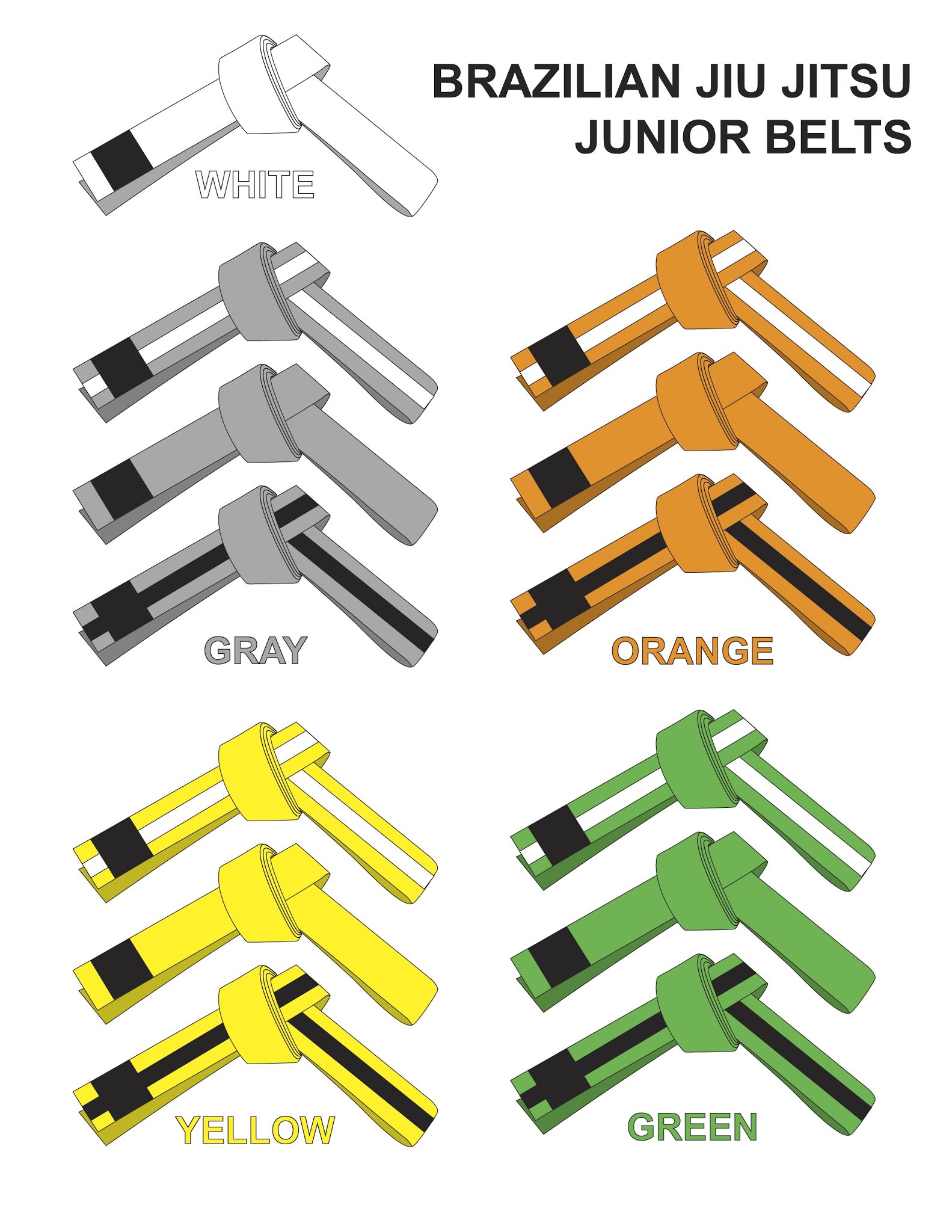 When you’re practicing BJJ as a young one, you’ll notice that they have a different set of belts for the kids than the ones for the adults. Here is a bit of information about their ranking:

I hope that this guide has helped you learn about the intricate complexity of the BJJ belt system with adults and with children.

Brazilian Jiu-Jitsu Gear: The Combat Gear in Your Corner

Getting geared up to train Brazilian Jiu-Jitsu you will need a few things that might not be offered at the school or gym you're...
Read more
Jiu Jitsu

What is Jiu-Jitsu: Everything You Need to Know

When you're deciding on a branch of martial arts, there’s nothing wrong with dating back to the most traditional. Going back to the adage,...
Read more

My name is J.C Franco. A couple of years ago, I joined a sport that I quickly fell in love with and have been passionately involved in for many years: Kickboxing. Many of the blogs on our site will be written by pro fighters, experienced coaches, myself and other martial arts enthusiasts with amazing must-share tips and tricks that will benefit you on your martial arts journey.